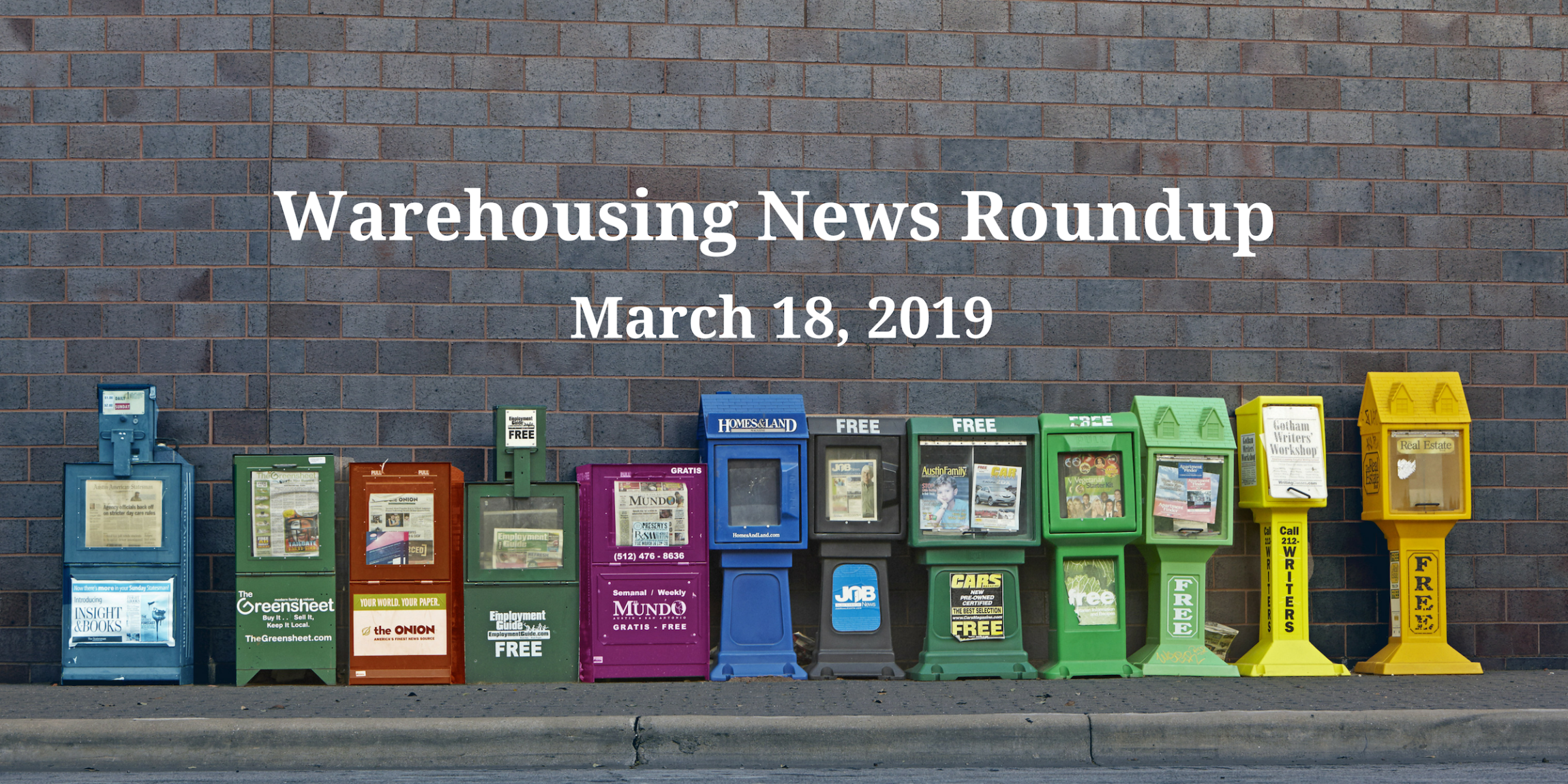 Supply chain problems have hurt Adidas’ sales growth in the first half of 2019, especially in North America. According to CEO Kasper Rorsted, suppliers in Asia haven’t been able to keep up with recent increases in demand. The German retailer has doubled its business over the last three years in the North American market, successfully expanding from high-end products into mid-priced clothing options. Adidas expects sales to recover in the second half of this year after it reallocates factory capacity to prioritize products for the United States.

Demand for warehouses with at least 1 million square feet remains strong near major population centers. A report from JLL, an industrial real estate firm, found that a new round of construction began last year that will continue through 2020. These large warehouses – also known as mega-box facilities – are appealing to shippers because they offer the ability to store significantly more volume than smaller buildings.

Shipping volume fell by 2.7% at the Port of Los Angeles last month compared to February of 2018. Port officials credited the Lunar New Year (which arrived earlier this year than last year) as the primary reason for this decrease in volume. Since production slows in many Asian countries during the event, some shippers moved their inventory earlier than they did last year, which meant fewer shipments in February. However, port volume for 2019 is still elevated, up by 1.6% in January and February combined over the same two months in 2018.

Parcel carriers cut 9,700 jobs in February. These companies weren’t alone in scaling back: the retail industry lost 6,100 jobs, while construction removed 31,000. The U.S. economy as a whole added 20,000 new hires last month, but this number fell below many economists’ predictions. However, warehousing and trucking companies continued to hire, filling 4,800 positions over January and February combined.

Dollar General is investing in warehousing and trucking to support its fresh produce program, DG Fresh. By opening new warehouses and distribution centers, and expanding trucking operations, the company plans to build on the success of this new program. Dollar General has tested DG Fresh at 300 stores so far and plans to expand it to 5,000 in the current fiscal year.

The Georgia Ports Authority is considering developing an inland distribution facility that will primarily support Kia Motors’ production. Officials say they want to extend the inland port network in the state (which includes the Appalachian Regional Port in the northeast) to eliminate the time and congestion of trucking goods from the coast. Inland ports rely on rail service, instead of trucks, using direct lines that run from the seaport to locations on rivers, lakes, or canals.