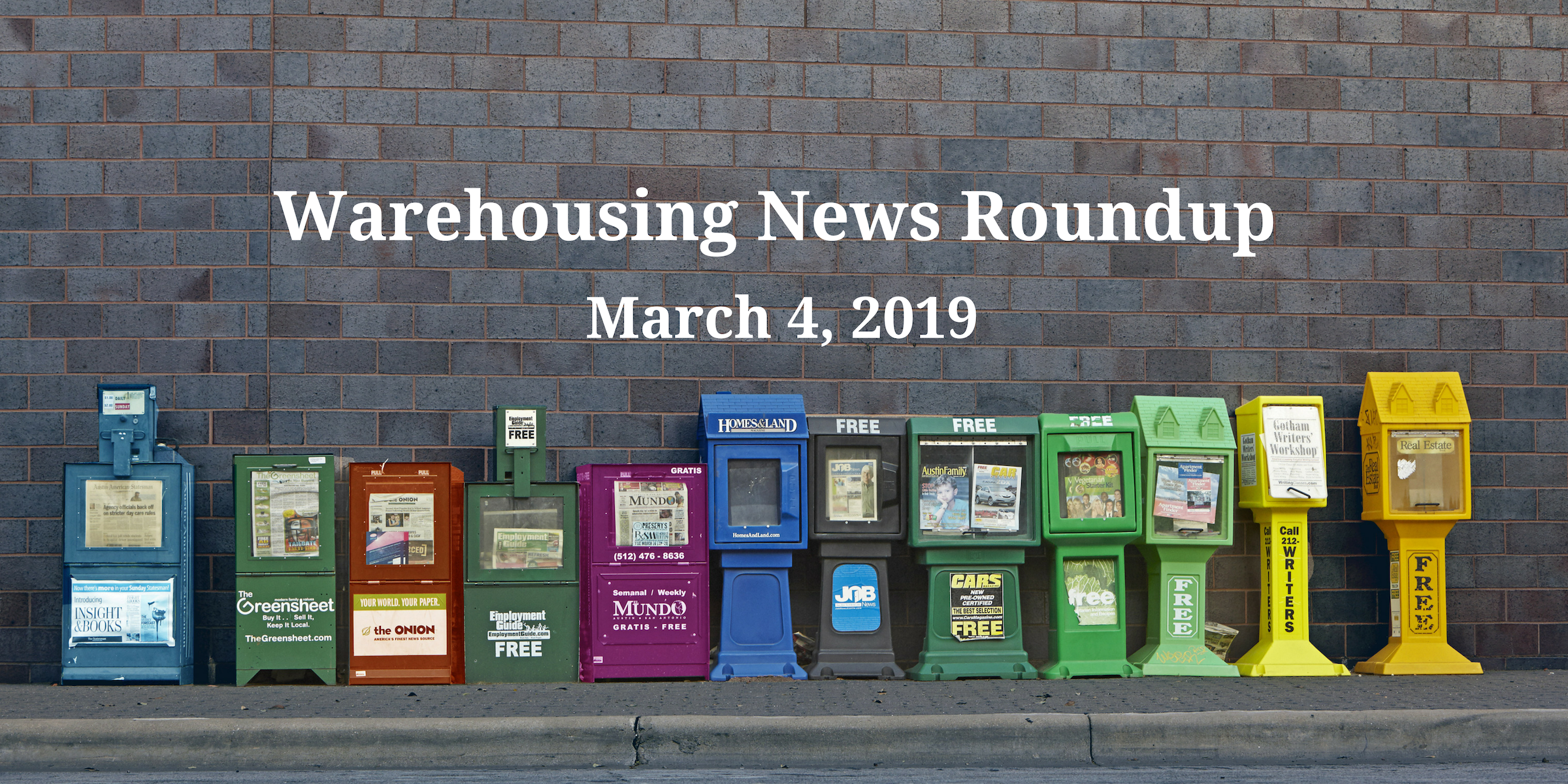 Walmart’s new, high-tech consolidation center will improve inventory flow. The new facility will open in California this summer, and will combine less than truckload shipments from small suppliers into full truckloads for distribution centers and stores. This way, Walmart can make sure that its other facilities don’t get shipments from half-empty trucks, with the end goals of improving efficiency and getting items to customers more quickly.

Boeing is moving parts around the world to minimize supply chain disruption from Brexit. Anticipating possible regulatory hold ups or added expenses to its supply chain after the United Kingdom leaves the European Union, the aerospace giant is moving spare parts to final destinations earlier than normal. Boeing does not expect Brexit to affect its manufacturing activity, since most materials it transports out of Britain go to the United States (rather than somewhere else in Europe). However, since shipping spare parts between European countries could be more costly in the future, the company is trying to move as much of this inventory now as it can.

Ships are increasingly using electrical power at the Port of Oakland and reducing diesel emissions. According to officials, 75% of ships that went through the port last year used landside electricity (rather than their own engines) while docked, up from 68% in 2017. The percentage of ships using power at the port was even higher at the end of the year (82% in December), and port officials want to continue to increase electricity use in 2019.

Warehouse jobs need a better reputation, according to Dollar Tree Chief Supply Chain Officer Gary Maxwell. At the Retail Industry Leaders Association’s LINK2019 conference, Maxwell claimed that companies need to improve the public perception of warehouse and supply chain jobs if they want to hire enough employees to meet demand. He recommended incentivizing productivity, increasing safety, and automating the most demanding parts of these jobs.

Accenture is partnering with Amazon, Mastercard, and others to build transparent supply chains through blockchain. A recent survey shows that most Americans want to support more efficient and environmentally-conscious manufacturing and farming. By creating web-based and in-store systems that allow consumers to see each step of the supply chain for products, these companies hope to bring greater visibility.