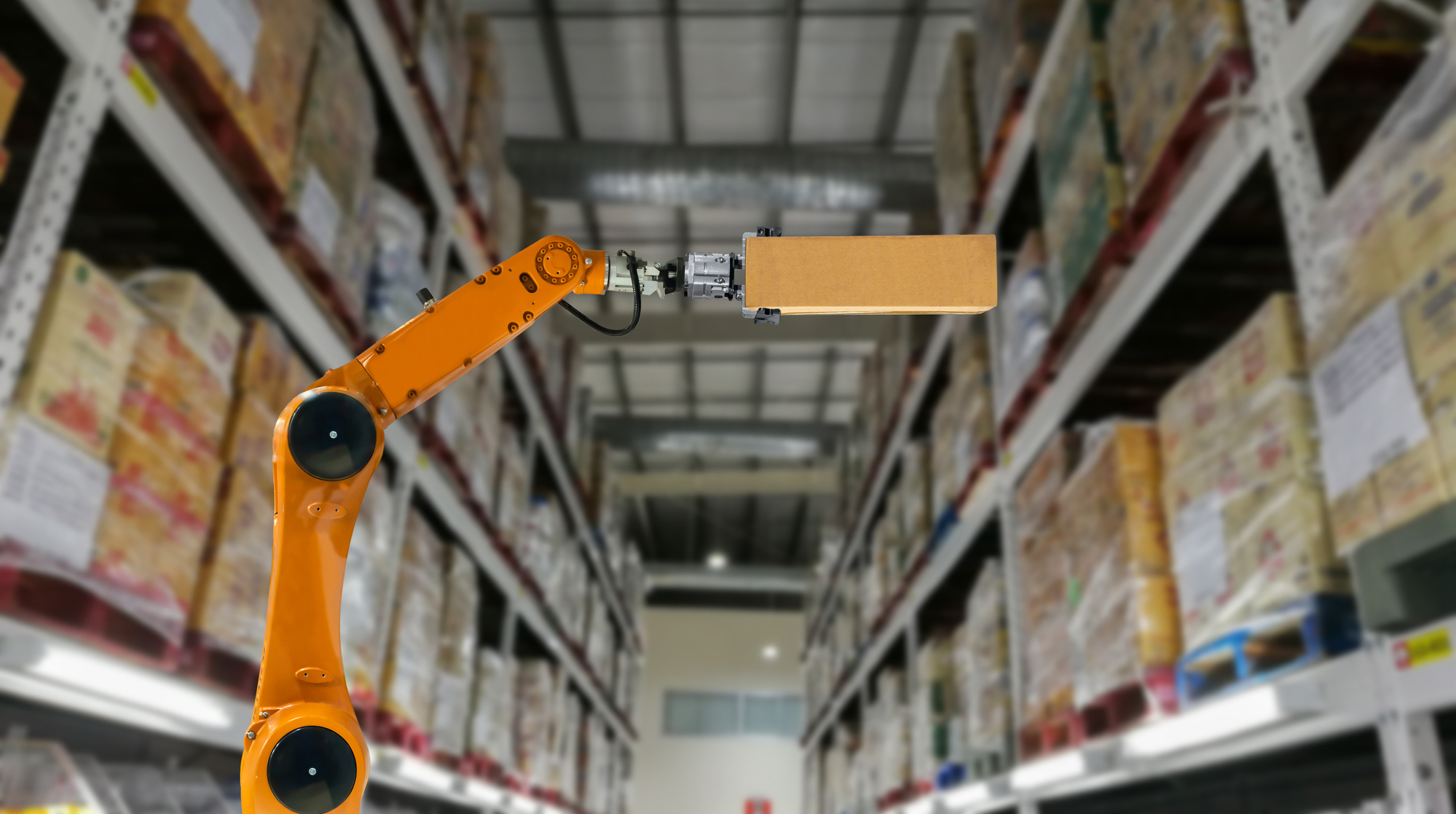 Warehouses looking for ways to increase flexibility and efficiency as delivery demands and consumer expectations rise are turning to robotics as a solution. Only 4,000 robotic warehouses were in operation last year, but the use of warehousing robotics is expected to dramatically increase in the coming years.

Large e-commerce platforms like Amazon and Shopify are investing in warehousing robotics directly; Shopify recently purchased a maker of autonomous mobile robots (AMRs) that guide workers through warehouse aisles and light up when they’ve reached the next item to pick. These collaborative robots, known as cobots and so named because they work alongside human workers, are becoming more prevalent in e-commerce distribution and fulfillment as warehouse labor becomes tighter and demand for speedy delivery increases.

As of 2018, the global market for cobots was valued at $649.1 million, and is expected to grow 44.5% between 2019 and 2025. Cobots are reported to have increased efficiency by 30%, and they improve worker safety too by taking over physically strenuous tasks. And these robots aren’t necessarily complicated – they can be autonomous pallet jacks that follow a worker around the warehouse or a wearable bot that takes over overhead work.

But robots can be expensive and difficult to integrate into a warehouse that wasn’t built with such technology in mind. Here’s where robotics as a service, or RaaS, comes in. Robotics companies are offering RaaS as a cost-effective, less risky and scalable solution that doesn’t require additional infrastructure. RaaS allows warehouses to easily extend hours during peak season and scale back during periods that are less busy, supporting the human workers however necessary. At least 1.3 million RaaS deployments are expected to take place by 2026, with most in the logistics, manufacturing or hospitality industries.

An increase of robotics use in warehouses doesn’t mean that human workers will soon be replaced. “Lights out” distribution centers, where human labor is completely eliminated, is not where the future is headed, according to Modern Materials Handling. Warehouses are still in need of more workers for tasks like order packing, cycle counting or cross-docking, especially in peak season. Robots make warehouses a better work environment for humans, reducing the amount of time and energy spent on say, walking around a warehouse.

Robotics can improve operational efficiency in warehouses, but how efficient is your network delivering inventory to and from those warehouses? STORD operates as a partner to midsize and enterprise companies and warehouses to build a distribution network with visibility and efficiency. To learn more about how STORD can optimize your last mile distribution, contact us.