7 Companies to Watch in Warehouse Robotics 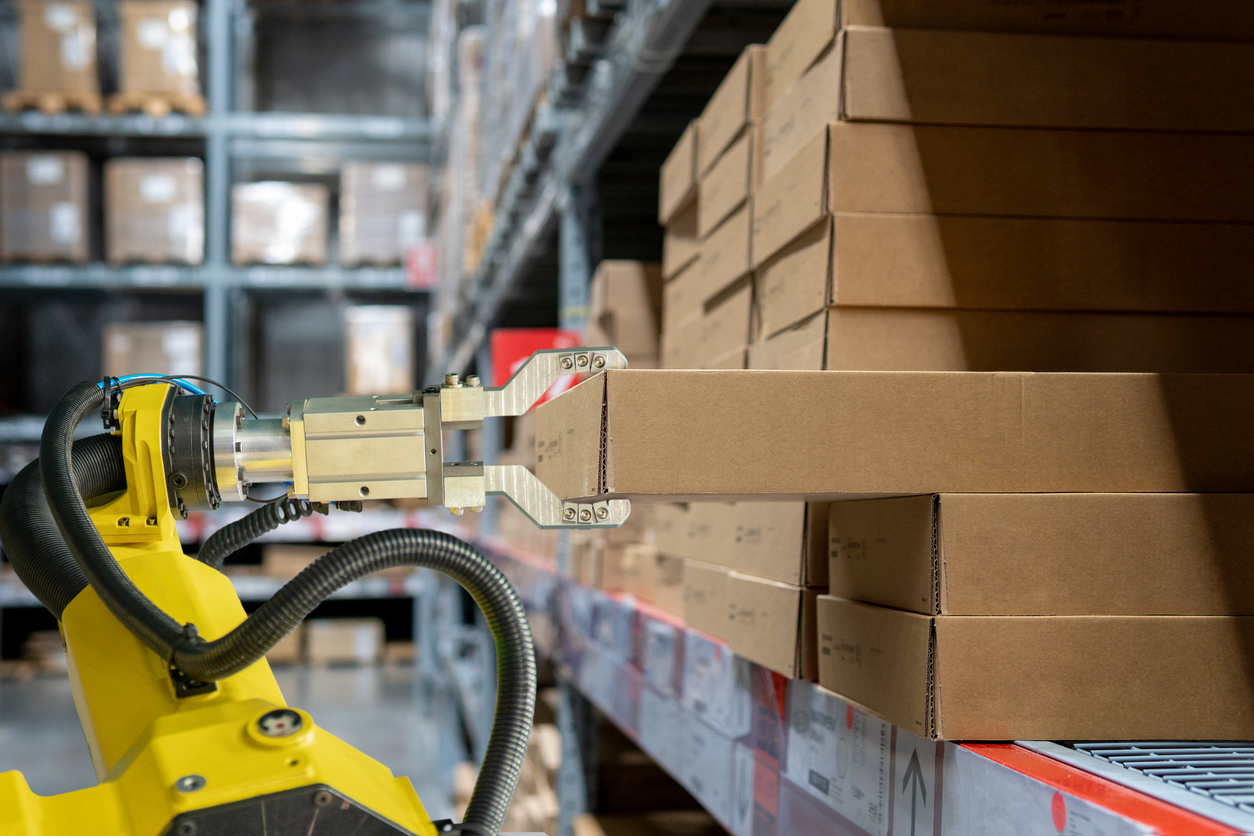 Robot use in warehouses can increase picking productivity of an order by two to three times. Some companies claim that a single robot saves up to 18 miles of employee walking in the warehouse per day, while also lowering labor costs. These robots can work around the clock, recharging when needed and at different times.

Robotics as a service (RaaS) is one way to gain advantages of warehouse automation. There are fewer start-up and continuing capital costs, as robots can be rented with usage scaled up as needed. Some can be deployed within hours, up to a few weeks or months. Robotics companies are introducing new features and functionality, and continually entering the U.S. market. Here are 7 robotics companies to watch, many of which use the RaaS model.

6 River Systems’ robot goes by the name Chuck. Chuck is a cobot (collaborative robot), working along with humans to do the picking and packing in warehouse fulfillment operations. Chuck directs the pickers to the right items, using platforms with different configurations, shapes and sizes. Chuck comes to the worker in the warehouse, saving them from walking around the warehouse as much. Shopify acquired 6 River Systems in 2019 to increase its warehouse work, including picking and packing, sorting and inventory replenishment. 6 Rivers is based in Waltham, Massachusetts.

Fetch Robotics produces a cloud-driven autonomous mobile cobot, with multiple platforms for different payloads. Their bots can begin working within hours of arrival, relying on a cloud-based platform instead of an on-premises server or software installation. They offer API and SDK integration, though. They also offer a TagSurveyor bot, independently conducting inventory counts for items with RFID tags. Fetch is based in San Jose, California.

Geek+, a Chinese company, introduced its U.S. RaaS operations in February. The Geek+ cobots are used for sorting and collaborative picking, moving bins or inventory storage to the picking station for manual picking. The company offers robots in different sizes and shapes, depending on need. They currently have more than 10,000 robots operating worldwide.

The Locus Robotics system uses cobots that move independently with different storage configurations. The bot moves to the worker, instructing them via computer screen what to pick. The workers wear a Bluetooth tag so the bot can identify them. Locus Robotics is based in Wilmington, Massachusetts.

This warehouse robot also does placing, picking and order fulfillment. Given its name, that’s not a stretch. Its arm can identify and pick items of many sizes and shapes, including from mixed bins. The company was started by researchers at Harvard Biorobotics Lab, the Yale Grab Lab, and MIT. RightHand Robotics is based in Somerville, Massachusetts.

While Amazon Robotics isn’t selling its technology to the public, its work is followed by others in robotics and warehousing industries. In 2012, Amazon bought Kiva Systems, renaming it. Amazon Robotics currently has more than 100,000 robots in its fulfillment centers, decreasing the time to retrieve items from the shelf to the box by half compared to manual retrieval. The robots operate in a gated area away from the workers, bringing the storage units to the workers for putaway or picking. Amazon Robotics is based in North Reading, Massachusetts.

While Fabric can be used in a warehouse setting, they’re making a name for themselves in microfulfillment, touted for grocery orders close to the customer. The system looks like a large grid or jungle gym, with the totes in the grid transported to the picker by separate lifting and rolling robots. These totes are delivered in suggested packing order. The Israeli company is opening its first U.S. microfulfillment location in New York City.